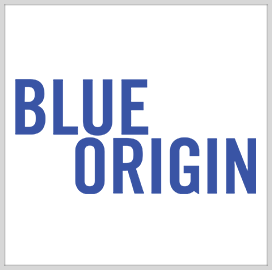 Blue Origin plans to offer cargo delivery services to the moon by 2023 as the company develops a landing system for NASA's crewed mission to the lunar surface, GeekWire reported Friday.

Steve Squyres, chief scientist at Blue Origin, said at a University of Washington-hosted virtual symposium that the company is waiting for a go-ahead to begin the service which is aimed at sending cargo near the landing spot for the 2024 Artemis mission.

Squyres noted that Blue Origin's lander has the capacity to carry 2.2K pounds of cargo including spare parts, emergency equipment, tools and a rover for the mission.

He added that Blue Origin envisions delivering larger crews and cargo to the lunar surface to "build up that permanent presence."

Previously, NASA selected Blue Origin along with Charles Stark Draper Laboratory, Northrop Grumman and Lockheed Martin to build a landing system to transport astronauts between the lunar surface and a space-based station.

Dynetics, a  Leidos subsidiary, unveiled a mockup of its landing system for the Artemis mission in September. 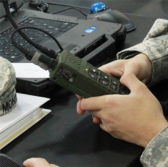