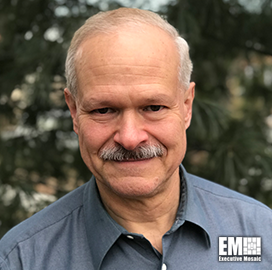 He noted during the publication's SNG Live event that contracting firms could do self-certification to support CUI-level data stored in non-federal systems before DoD introduced the CMMC standards.

“If you don't genuinely understand the sensitivity the government ascribes to a given piece or category information, it's really hard to know how to treat it," he said.

S-Docs has achieved moderate level certification under the Federal Risk and Authorization Management Program and complied with the Impact Level 4 standards of the Department of Defense Cloud Computing Security Requirements Guide following a cybersecurity assessment conducted by Coalfire Systems.

Industry teams led by BAE Systems and General Dynamics have submitted bids to the U.S. Army for a competitive program to replace the branch's Bradley infantry fighting vehicle platform. The two companies separately confirmed plans to join the Optionally Manned Fighting Vehicle competition nearly six months after Rheinmetall's U.S. subsidiary unveiled its own team that will pursue the OMFV program.