The company has designed and trialed propulsion technologies that would use mixed nitrogen oxide fuels to propel the Peregrine lunar lander, under the space agency's Thruster for the Advancement of Low-temperature Operation in Space or TALOS effort.

Frontier revealed on Monday it is making progress to qualify engines designed to produce 150 and 10 pounds of thrust for Peregrine, a lunar lander developed by Astrobotic Technologies. NASA awarded Frontier Aerospace $1.9M in 2018 for the design and testing of thrusters for the Peregrine mission.

Peregrine would transport payloads to the moon's surface and orbit. Astrobotic plans to send the lander to space next year.

Frontier's thrusters will use trans-lunar injection to boost Peregrine in conjunction with a Dynetics-made propulsion system.

frontier aerospaceGovconNASAperegrine lunar landerSpaceTALOSthruster for the advancement of low-temperature operation 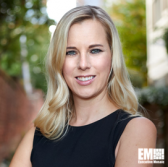 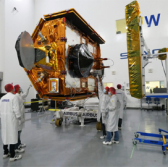