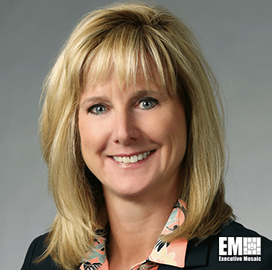 Kay Sears, vice president and general manager of the military division at Lockheed Martin’s space business and a previous Wash100 awardee, said bringing in nontraditional contractors and partnering with other companies helped Lockheed secure a contract from the Space Development Agency to build satellites for the Transport Layer, SpaceNews reported Monday.

SDA awarded Lockheed a potential $187.5M contract in September to build a mesh network of 10 satellites for the Transport Layer’s Tranche 0.

“I think they picked us because of our approach … of working with other companies and bringing in nontraditional partners,” Sears told the publication in an interview.

The report said Lockheed teamed up with Telesat U.S. Services and Tyvak Nano-Satellite Systems on the Transport Layer contract.

“We believe one of our responsibilities as a traditional defense contractor is to look broadly at the supply base and make sure we understand the technologies that other companies bring and onboard them onto programs," Sears said. “That was a key part of a strategy with the Transport Layer, to have a strong group of companies to show key demonstrations.”