TrellisWare Technologies has demonstrated a system for networking multiple radios over the same radio frequency channel during a recent event for U.S. military clients.

The company said Monday it linked 811 radios on one RF channel operating at 3.6 megahertz in an effort to present an operational network that could support the transmission of position location information for voice and data communications.

During the demo, TrellisWare showcased low-latency and high-data-rate features of the TSM mobile ad-hoc networking waveform built to function in tactical environments. 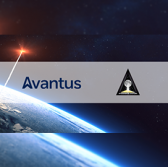