Ravn X is an 80-foot-long unmanned aircraft system with a wingspan of 60 feet and can take off with a gross weight of 55K pounds, the company said Thursday.

“U.S. leadership has identified the critical need for extremely fast access to low Earth orbit. … Through our autonomous technologies, Aevum will shorten the lead time of launches from years to months, and when our customers demand it, minutes,“ said Jay Skylus, founder and CEO of Aevum.

Ravn X can lift off from a one-mile runway to deliver satellites to orbit as fast as every 180 minutes.

The U.S. Space Force participated Thursday in the virtual public unveiling of Ravn X with Lt. Col. Ryan Rose, chief of the small launch and targets divisions at Kirtland Air Force Base in New Mexico, delivering remarks during the event. 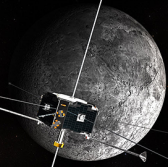 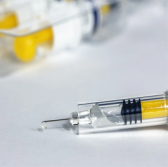