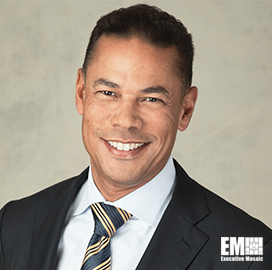 Lloyd Howell, chief financial officer and treasurer of Booz Allen Hamilton, has been appointed to serve on the board of Moody’s, beginning March 15, 2021.

Howell will join 10 other board members and serve as part of the board’s Audit, Governance and Nominating and Compensation and Human Resources committees, Moody’s said Friday.

He led operations at Booz Allen’s civil and commercial business from 2013 to 2016 and previously held vice president roles at the company with responsibility over client and corporate management.

In 1988, Howell began his career at Booz Allen as a consultant for systems engineering operations with a focus on the Department of Defense's satellite programs.

He also serves on the boards of Integra LifeSciences as well as pubic-sector entities like the Partnership for Public Service, Capital Partners for Education, Executive Leadership Council, Management Leadership for Tomorrow,  the University of Pennsylvania’s Engineering School and the Washington Economics Club.