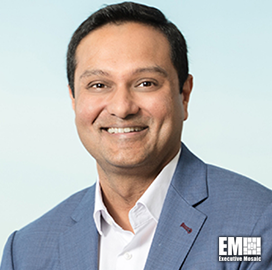 Reston, Virginia-based information technology contractor Octo has merged with software development firm Sevatec in a deal of an undisclosed sum to create a combined entity that will focus on helping federal government customers to address IT challenges.

Both parties estimate the combination will generate $300M in annual revenue with 1,100 professionals who aim to provide technical support to the civilian, defense, national security, intelligence and health sectors, Octo said Monday.

Octo founder and CEO Mehul Sanghani said the merger is part of a strategy to become a “pure-play modernization and technology solutions provider to the federal government and its wide-ranging missions."

Sanghani will lead the combined organization as CEO, while Sevatec founder and CEO Sonny Kakar will be vice chair of its board and will lead overall strategy.

“While the industrial logic of the merger resonated tremendously with us both, it also became evident that it would create significant growth opportunities for our employees and allow the combined business to compete at scale and solve some of the most pressing challenges facing our customers,“ Kakar noted.

“Sevatec is a great success story and case study for a company graduating out of the small business program to winning large scale, strategic contracts in a competitive environment,“ Alex Sevilla, a managing director for Baird's government and defense team, told ExecutiveBiz.

Octo received an investment from Arlington Capital Partners in April 2019 and adopted a shorter name in September of the same year as part of a rebranding initiative associated with the former's acquisition of IT firm Connexta.