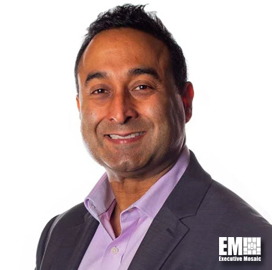 Pramod Raheja, chief executive officer and co-founder of Airgility, recently spoke with ExecutiveBiz regarding the company's solutions, such as aerial unmanned systems and Sensing & Navigation capabilities, and how Airgility leverages emerging technologies to further support their customers' most critical missions. Raheja also discussed where the company will continue to grow, moving into 2021.

“Airgility is working at the leading edge of aerospace. We focus on autonomy and artificial intelligence (AI) of unmanned systems, including air, ground, maritime and even space. Our focus areas are on the robotic side, leveraging emerging technologies.“

ExecutiveBiz: How has Airgility leveraged artificial intelligence to increase effectiveness of autonomous systems?

“When we launched the company, a little over three and a half years ago, we focused on platforms with very unique hybrid vertical takeoff and landing (VTOL) platforms that had characteristics of a fixed wing type aircraft.

These are the inherent capabilities and desires that the Department of Defense (DOD) and the commercial sector want to see in terms of capability of an unmanned system. As we were building out these systems, we realized that we needed to build out these autonomous systems and leverage artificial intelligence.

We started to look at partner companies. Along the way, we hired an intern graduate student that was working on a grant that we had gotten for a specific counterUAS R&D project. This individual was very talented in robotics and AI and also had experiences with drones, we hired him first and then grew the team from there. This has given us an amazing core team and since then we have created “fishing holes“ that allow us to tap into some of the best talent coming out of various universities.

We started out as just a platform company and have become a hardware and software company with a big emphasis on the software. That's important because the software of AI autonomy can be integrated into any kind of hardware.

When we talk about AI and autonomy, it revolves around our machines' “brains“. We’re doing this in both GPS and non-GPS areas, which is important to emphasize. Especially in the DOD sector, because they do not have to depend on GPS, which is hackable.  We call this overall set of capabilities, “Intelligence By Airgility.“

ExecutiveBiz: How have your GPS capabilities enhanced, and where do you project these technologies to advance in the future?

“We're very advanced with our non-GPS capabilities. What we’re working on now is the ability to switch. For example, if you're flying a mission with GPS and come up on a building, you will be able to switch off that GPS and enter the building, switching to other technologies to now gain the required situational awareness.

At the end of the day, you’re fusing together sensors and algorithms to give you that ability to see around you or feel around you and give you an enhanced situational awareness. In five to ten years, I see these machines becoming smarter and smarter, based on how we teach and train them.

“For these missions, having these machines enter a disaster situation in a risky place and not come back, that’s okay. If I’m sending my first responders in, I really do want them to come back. The robot served its purpose, it saved some people and hopefully we’re saving human lives.“

ExecutiveBiz: With your recent development of aerial unmanned systems in Sept. 2020, how will your solution support national security and defense?

“We started with DHS to focus on public safety, which includes fire, search and rescue, police and more. That translates to what we’re working on with the U.S. Air Force. We're also trying to work with the U.S. Army and U.S. Navy as well. We also have an opportunity with the Marine warfighting labs.

For example, with the Air Force, some of our algorithms are very much of interest for perimeter security, leveraging AI and machine learning (ML) to secure a perimeter. This could be in any kind of environment. Specifically, we’ve been talking to them for maritime environments.

There are a lot of vulnerabilities across the perimeter, so we try to determine how we can leverage AI to increase monitoring and detection methods. They can communicate with a robot to monitor these areas.

Those are the kinds of things that we’re working on. With DOD, they can enhance their perimeter security. That same underlying technology can now be used for predictive maintenance to look for anomalies. As part of that, we are also looking at the methods of communication, such as 5G, which are still yet to be determined.“

“When you talk about a higher level, it goes beyond the basic characteristics of what makes the machine move. In the case of an aerial asset, you have to fly in a three-dimensional space, which is at the basic level.

When you move to a higher level, it translates to the brain, such as the learning that happens and utilizing a data set to make decisions. In order to de-risk this technology, our higher level learning onboard the vehicles include sense and avoid and collision avoidance capability.

That translates to teaching a department to fly one of our vehicles in about 30 seconds. You don’t need a ton of training, the machine is going to protect you. Now you can focus more on the mission at hand, not necessarily flying.

One of the problems that we’ve seen over the past few years is that drones have really become more ubiquitous and historically have required a pilot and a separate payload operator, which can cost a lot of money. With our technology, training time is significantly reduced, only one individual required and thus overall ROI is enhanced.  Additionally, with our vehicles, you’ve just de-risked losing your asset because if you crash it, you lose your asset.“

ExecutiveBiz: As emerging technologies continue to be integrated into the public and private sectors, how will Airgility modernize to keep pace with the speed of change?

“We’re students. We are always studying to see what’s out there and where we need to be. We're also developing our relationships. We're talking to large primes, smaller companies that are complementary and subject matter experts in the industry.

Now that we’ve been at this for a few years, the relationships have been built. We were one of only then companies in the Air Force labs that was launched this past summer. Dr. William Roper has been an architect of innovation.

We’ve also been involved in the U.S.-UK maritime security initiative, at the cutting edge of AI/ML, through the DHS. AI is still in the nascent place right now. There’s so much that you can use AI for that we haven’t even scratched the surface.“ 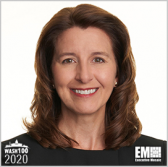