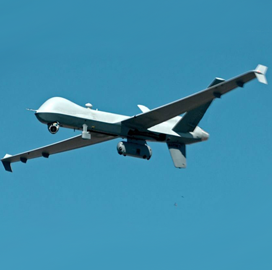 “Threat awareness and survivability are critical capabilities needed to enable the MQ-9 to operate in a contested environment,“ said David Alexander, president of the aeronautical systems business of General Atomics.

The U.S. Navy and Air National Guard supported the exercise under General Atomics' cooperative research and development agreement with USSOCOM.