Honeywell has announced that its next generation inertial sensors –being developed under a Defense Advanced Research Projects Agency program– has achieved more accuracy than the company's HG1930 tactical-grade inertial measurement unit based on laboratory findings.

The company said Monday it has been creating inertial sensor technologies that can support unmanned vehicle systems for autonomous land and air operations and that will employ new electronics and sensor designs.

Jenni Strabley, director of offering management for inertial sensors at Honeywell, said the company aims to augment the new inertial measurement units' performance without changing their weight or sizes through MEMS technology.

"We believe this new technology will have a variety of applications, such as onboard future vehicles that will fly in urban environments where lightweight, extremely precise navigation is critical to safer operations," added Strabley. 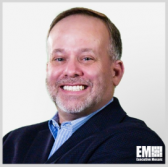