Hewlett Packard Enterprise has received a $35 million contract to construct a supercomputer designed to support the National Center for Atmospheric Research's geoscience and meteorology studies including weather prediction activities.

HPE said Wednesday the National Science Foundation will fund the new high-performance computing system which is based on the company's Cray EX supercomputer and is slated for installation at NCAR's Wyoming Supercomputing Center this year.

The federally funded research and development center's HPE supercomputer in Cheyenne, Wyoming, is envisioned to have a 19.87-petaflop capacity to support simulations of weather-related phenomena such as solar storms, hurricanes and wildfires.

According to HPE, the supercomputer is meant to have a compute power that can support 10-year weather forecasts, water supply and drought risk predictions, wildfire management and other studies involving solar plasma flow and its impact on power grids and communications systems.

HPE expects the platform to replace NCAR's incumbent system by 2022. 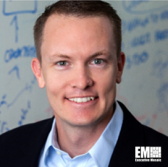