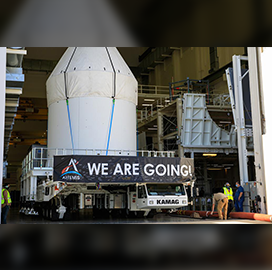 A Jacobs-led ground systems engineering team will prepare the Orion spacecraft for final processing and fueling as a prerequisite to rocket integration activities of an upcoming lunar flight mission.

The company said Tuesday its Exploration Ground Systems team received Orion on Saturday at Florida-based Kennedy Space Center to prepare the spacecraft for NASA's Artemis program, an effort to bring astronauts back to the moon and eventually to Mars.

Lockheed Martin turned the spacecraft over to Jacobs after the completion of Orion's service module and crew capsule assembly.

The spacecraft will move to KSC's launch abort servicing facility for installation of the launch abort system, then to the vehicle assembly building for integration with the Space Launch System rocket's core stage.

Orion will fly on the rocket to the lunar orbit for Artemis I, an uncrewed flyby mission scheduled for later this year. 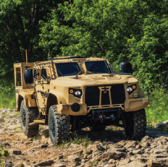