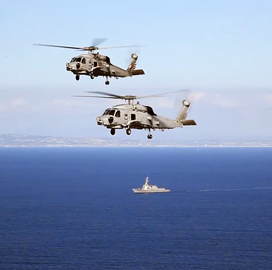 Under the Future Vertical Lift Maritime Strike Analysis of Alternatives initiative, the office of the chief of naval operations seeks to inform its search for UAV and helicopter replacements by assessing potential platforms for “capability gaps due to the increasingly sophisticated adversary“ and capacity gaps associated with the expected retirement of the Seahawk aircraft and Fire Scout drone in the 2030s, according to a request for information posted Thursday.

The service will evaluate possible alternatives for naval aviation contributions across a range of mission areas, including intelligence, surveillance, reconnaissance and targeting; surface warfare; mine countermeasures; electronic warfare; search and rescue; and surface warfare.

The new vertical lift capability is expected to reach initial operating capability status by mid-2030s in support of the Navy's missions.

Responses to the RFI are due April 13. 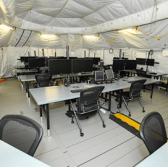