The Competitive and Artificial Intelligence: The Crossover Point report highlights the observations from a full expert panel about the current and future state of competitive intelligence, as well as AI and its impact on the future of the practice. To download the white paper, interested individuals need to visit the company’s website and register for it.

The expert panel featured Suki Fuller of The Council of Competitive Intelligence Fellows, Fred Hoffman of Mercyhurst University and Arik Johnson of Aurora Worldwide Development Corp. It was moderated by August Jackson, senior director of market and competitive intelligence at Deltek.

“I see AI and its application in three different stages. One is to expand the funnel of choices that are available to choice-makers… The second stage then is really verifying, doing due diligence around the choices and optimizing the choices… and in order to do that stage three is simulating the outcome of those choices,” commented Johnson on AI application.

Jackson said AI and machine learning tools for the competitive intelligence community are designed to deliver value. “They'll enable us to truly find the needles in the haystack and connect the dots; they'll help us bridge the qualitative and quantitative gaps in our analysis; and they'll help us bridge the gaps in primary and secondary research.“

The new white paper followed the release of another ArchIntel report in December 2020, titled “Know Your Competition,“ featuring insights from competitive intelligence professionals interviewed by the company to know more about the state of open source competitive intelligence and the current challenges and drivers of success related to the sector. 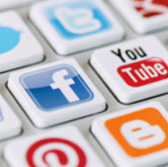 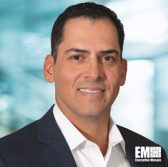