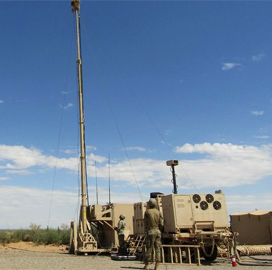 The Department of Defense has given Northrop Grumman the green light to produce a software-defined anti-air and missile threat system following a Milestone C decision that required amounts of development and testing work between the company and the U.S. Army.

The company said Thursday it may now proceed with the low rate initial production of the Integrated Air and Missile Defense Battle Command System after clearing hardware and software and completing demonstrations co-led by the Army Integrated Fires Mission Command Program Office.

IBCS most recently passed a limited user test where it intercepted missile targets for an operational defense task force. The test is among seven exercises completed by IBCS since 2015.

“The decision by our senior leaders to transition IBCS from development into initial production reflects their confidence in the maturity of the system and its readiness for operational testing to inform initial operational capability,“ said Maj. Gen. Rob Rasch, the Army's program executive officer for missiles and space.

Rasch added the 3-43 Air Defense Artillery Battalion will further demonstrate the technology's performance this fall for an initial operational test and evaluation.

Kenn Todorov, vice president and general manager of combat systems and mission readiness at Northrop, said the DOD clearance for LRIP reflects the company employees' commitment to provide warfighters with a system that could help defeat evolving threats. 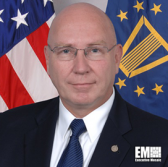