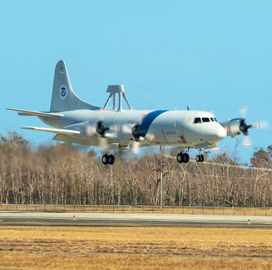 The company said Friday the first CBP P-3 Orion aircraft was inducted for logistics and maintenance work at an aircraft maintenance and fabrication center in the state.

The depot level maintenance work is part of a contract of an undisclosed sum Northrop won in 2020 to perform aircraft services and support the operations of CBP's Orion aircraft fleet in several states and other deployment locations in the U.S. and abroad.

Northrop's aircraft maintenance and fabrication center has logged more than 15 million maintenance hours for various air vehicles such as the E2-C Hawkeye and the Orion.