The drone and the robot dog were able to infiltrate and map a building in a coastal community in Israel to identify weapons like rocket-propelled grenades and other threats indoors.

“The big thing we did here in terms of technology, we developed autonomous brains using artificial intelligence for each of these platforms. The big advantage of them is they can operate in remote and isolated environments, especially in the indoor environment. They have autonomous capabilities, and this is game changing in terms of these platforms,“ said Noam Barak, head of Rafael's Entrepreneurship and Innovation Center.

Barak said the company aims to come up with a prototype this year and plans to offer the platform to Israel's defense forces.

Rafael's demonstration of combined unmanned systems capabilities is in support of Israel's push for multidimensional battlefields through its multiyear Momentum plan and is part of the company's presence in the digital battlefield technology area. 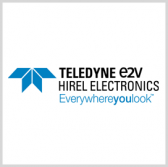 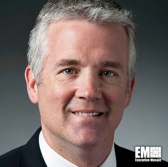