Axiom Space has secured $130 million during a Series B funding round and plans to use the new investment to support the company's workforce expansion efforts and accelerate the establishment of a private space station.

The investment builds on Axiom's selection to construct modules that will be attached to the International Space Station by 2024 as part of NASA's efforts to commercialize low-Earth orbit operations, Axiom said Tuesday.

NASA approved Axiom's proposal for the private space station in January 2020 and awarded the company a $140 million contract in March to build a habitable module. Axiom's station will detach from the ISS upon the latter's decommissioning in 2028.

Last month, Axiom unveiled its plans to send the Axiom Mission 1 team of astronauts to the ISS by January 2022 to promote research efforts.

Kam Ghaffarian, cofounder and executive chairman of Axiom, noted that  the business model is meant to support “a variety of commercial on-orbit opportunities.“ 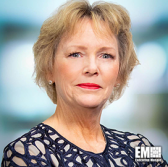 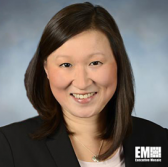