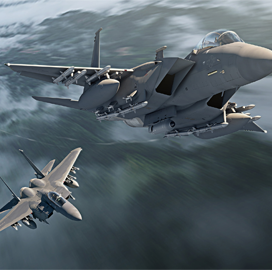 A multirole fighter jet built by Boeing flew for the first time Tuesday at St. Louis Lambert International Airport in Missouri for the evaluation of the aircraft's digital backbone and its mission preparedness.

Boeing said Tuesday it tested the F-15EX aircraft's advanced systems, avionics and software components during the 90-minute test flight and confirmed that the platform met the company's performance expectations.

Prat Kumar, a vice president and F-15 program manager at Boeing, said the results of the test flight reflect the aircraft's safety and mission readiness.

"[F-15EX] is capable of incorporating the latest advanced battle management systems, sensors and weapons due to the jet's digital airframe design and open mission systems architecture,“ he added.

The aircraft houses the Eagle Passive/Active Warning and Survivability system and the jet's design enables potential technology integrations in the future.

Boeing noted it will begin deliveries of the aircraft within the quarter.

In July 2020, the company won a potential $22.9 billion indefinite-delivery/indefinite-quantity contract to design and build F-15EX fighter aircraft. Boeing will produce the initial lot of eight jets as part of a $1.2 billion delivery order under the IDIQ. 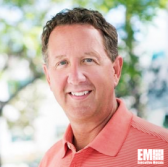