Firefly Aerospace has appointed Deborah Lee James and Robert Cardillo, who are both Wash100 Award recipients, to its board of directors, joining Firefly CEO Tom Markusic, the company reported on Wednesday. The board will be led by James, who will serve as chairman.

“We are thrilled to have Debbie and Robert join the Firefly Board of Directors,“ said Markusic. “Their guidance will be critical as Firefly transitions from a rapid product development company to an integrated provider of launch, in-space, and lunar mission services for commercial, civil, and national security space customers.”

James has more than three decades of experience with national security, including 20 years of U.S. government service. She previously served as an assistant secretary of Defense and later as the secretary of the Air Force.

Throughout her career, James has led industry teams to support the warfighter. As president of the Technical and Engineering Sector of SAIC, James was responsible for $2 billion in Defense contract revenue and 8,700 employees. James currently serves on the boards of various organizations including Textron, Unisys, Noblis, the Penfed Foundation and LeanIn.Org.

“Their experience in the private sector and as leaders of critical U.S. government organizations will enable Firefly to fully realize our corporate objective of becoming the preeminent end-to-end space transportation company in the nation“™s small space industrial base,“ Markusic added.

Cardillo currently serves as the president of The Cardillo Group, which delivers strategic and operational expertise to increase awareness of Earth to enable improved decision-making. He has more than three decades of experience across the public sector.

Before forming TCG in May 2019, Cardillo was the sixth director of the National Geospatial-Intelligence Agency from 2014 to 2019. With NGA, he drove the transformation of the agency“™s future value proposition through partnerships with the commercial geospatial marketplace.

In addition, Cardillo served in leadership positions with the Joint Chiefs of Staff, the Defense Intelligence Agency and the Office of the Director of National Intelligence.

“These corporate changes will reflect the strategic objectives of Firefly and assure focus and resources are properly allocated to effectively develop our core spacecraft and launch vehicle product lines,“™“™ concluded Markusic. 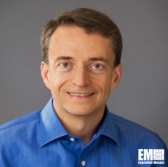 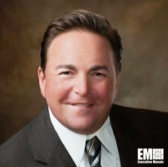