Isotropic Systems has raised over $40 million in a round of funding led by telecommunications company SES and will use the capital to further develop its multibeam antenna.

Isotropic Systems will also use the funds to launch a 20,000-square-foot testing facility in the U.K., and create 150 more engineering jobs over the next two years. 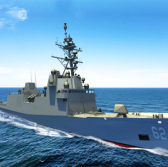