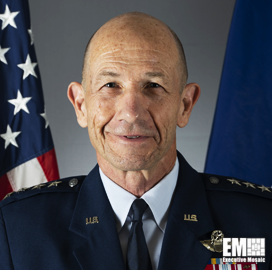 Mike Holmes, a retired U.S. Air Force general and a member of Red 6's advisory board, has elevated to the position of board chairman at the Santa Monica, California-based augmented reality technology developer.

Holmes said in a statement published Tuesday he will help the company implement a new training model for combat aircraft pilots to help bridge a national security readiness gap as part of his new capacity.

He took a seat at Red 6's advisory board in October following his departure from USAF. At the military, Holmes served as commander at Air Combat Command and held the role of deputy chief of staff for strategic plans and requirements at the service branch.

He also recorded over 4,000 mission hours aboard various aircraft units such as the T-1A and the F-15 during his tenure as a pilot.

According to Red 6, it seeks to develop a synthetic training platform, which will help trainees visually respond to near-peer threats via augmented reality and artificial intelligence, in a bid to address training gaps.

"We must change and improve the way we train today, or we risk losing an airborne combat mission within the next three to five years," said Holmes. 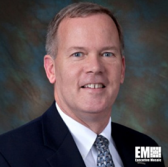