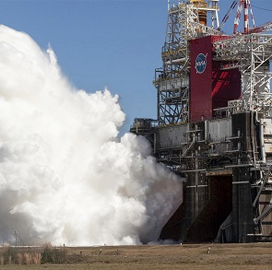 Boeing has completed a hot-fire test of the cryogenic core stage the company built for NASA's Space Launch System rocket.

The company and NASA performed the test at Stennis Space Center in Mississippi on Thursday as part of the Green Run test campaign and collected data that will be used in the certification of the core stage for flight, Boeing said Thursday.

The core stage's tanks contain liquid hydrogen and oxygen to fuel four Aerojet Rocketdyne-built RS-25 engines, which fired for eight minutes and 19 seconds during the test.

“The advancements made on the all-new SLS core stage are positive for NASA and the national supply chain. The team is using knowledge gained from Green Run to move forward on our new production system and future stages while delivering the first stage for test flight,“ said John Shannon, SLS vice president and program manager at Boeing.

Boeing said the core stage will be refurbished and sent to NASA's Kennedy Space Center in Florida for assembly with the Orion spacecraft, solid rocket boosters and other components in preparation for the Artemis I unmanned test flight mission.

Steve Jurczyk, acting administrator of NASA, said the SLS rocket's core stage produced more than 1.6 million pounds of thrust within seven seconds during the hot-fire test, marking a key milestone in the agency's goal to return humans to the moon and beyond. 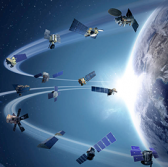 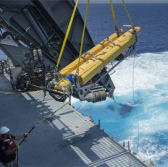