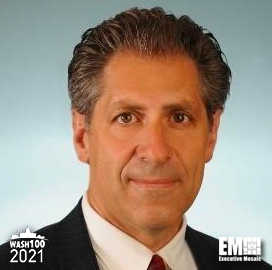 Executive Mosaic is thrilled to introduce Mike Kahn, CEO of CAES, as a 2021 Wash100 Award recipient for implementing new initiatives to renew the company's focus on providing mission critical electronics that support the aerospace and defense sectors.

This represents the second-time that Kahn has been selected for a Wash100 Award, the most prestigious award in all of government contracting (GovCon). Previously, Khan was recognized with a Wash100 Award for advancing tech capabilities for defense customers and weapon/system modernization services.

Kahn was appointed CEO of Cobham Advanced Electronic Solutions (CAES) in Sept. 2020 after nearly 40 years as an aerospace and defense industry leader that includes two years as sector vice president and general manager for weapon systems at Northrop Grumman.

“This is a great company with an industry leading reputation as a provider of mission-critical and specialized solutions, said Kahn. “I look forward to working with my new colleagues and supporting our customers, as we continue to deliver world leading products.“

Under his leadership, the company underwent a rebranding with a logo change and a shortened name from Cobham Advanced Electronic Solutions to CAES. Kahn emphasized the move would allow the company to differentiate itself from legacy Cobham businesses.

“While the Cobham name does have long standing recognition and denotes a certain legacy, we are excited to be a U.S.-based company with a renewed focus on execution and innovating for our customers,“ Kahn noted.

CAES has shortened its name from Cobham Advanced Electronic Solutions and Kahn said that move allows the U.S.-based company to differentiate itself from legacy Cobham businesses.

“We introduced a more customer-centric and decentralized company structure, sharpened our focus on execution excellence and improved our internal processes to better deliver on our commitments, Kahn told Executive Mosaic in Feb. 2021.

Kahn assumed his current role three months after the sale of the Cobham RAD radiation testing business in Colorado to Radiation Test Solutions in a strategy to focus CAES capabilities on electronic technology design and production.

“With the ever-changing electronic warfare landscape, threat detection is becoming increasingly challenging. The SEWIP Block 2 System addresses this task head-on and provides vital assistance and capabilities to protect our fleet,“ Kahn said at the time.

Amid the pandemic, CAES said its application specific integrated circuits were part of devices used to conduct genomic sequencing of SARS-CoV-2, the virus that causes COVID-19, and the company landed a $48 million contract to provide ASICs and associated product support to the medical imaging industry.

The electronics manufacturer is looking to advance its financial and technical strategies after the January 2021 appointments of former Lockheed executives Sean Daily and David Young as chief financial officer and chief technology officer of CAES, respectively.

Kahn received his first Wash100 recognition in 2015 when he was senior VP at the former ATK and president of its defense segment that merged with Orbital Sciences to form Orbital ATK in early 2015. He then led Orbital ATK's defense system group upon the combination until Northrop acquired the launch vehicle and rocket motor builder in June 2018 for approximately $9.2 billion.

Executive Mosaic offers its congratulations to Mike Kahn and the CAES team for their selection to receive the 2021 Wash100 Award. His commitment to his company's growth and expansion of its capabilities demonstrates the level of excellence that has become synonymous with the Wash100 Award.

Visit Wash100.com to cast a vote for Mike Kahn as the most significant executive of consequence to the GovCon sector. Cast your TEN votes TODAY to advocate your favorite leaders in the federal and government sectors. The elite leader with the most votes by April 30th will be recognized by the GovCon community as the industry's most influential member. 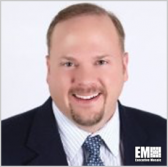 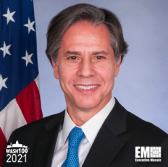