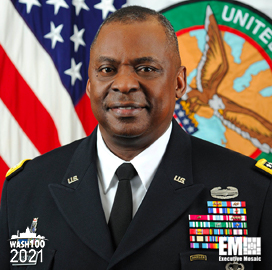 Gen. Lloyd Austin, the new Secretary of Defense, as a recipient of the Wash100 Award for the first time. He has received the highest honor and most coveted award in all of government contracting (GovCon) for his focus on innovation to ensure U.S. tech dominance, driving collaboration between federal and state leaders in the days to come and advancing battlefield networks and artificial intelligence tech to succeed in the future of warfare.

Visit Wash100.com to cast a vote for Gen. Lloyd Austin as the most significant executive of consequence to the GovCon sector. Cast your TEN votes TODAY to advocate your favorite leaders in the federal and government sectors. The elite leader with the most votes by April 30th will be recognized by the GovCon community as the industry“™s most influential member.

It was announced in Dec. 2020 that President Biden would be nominating Lloyd Austin, retired general for the U.S. Army to serve as defense secretary. After the Senate confirmed Lloyd Austin for the position, he became the first African-American in U.S. history to lead the Department of Defense (DOD).

“[Austin] and I share a commitment to empowering our diplomats and development experts to lead our foreign policy, using force only as our last resort,“ Biden said after Austin“™s confirmation hearing.

Gen. Austin revealed that his top priorities as defense secretary will include DOD“™s emphasis on technology and innovation programs. Most notably, artificial intelligence and space technology advancements are at the top of Austin“™s list to ensure U.S. global dominance in the tech sector.

He also emphasized the importance of battlefield networks and the future of warfare as well as a huge push to improve collaboration within federal agencies to address our nation“™s issues and increase innovative, solution-driven methods, reducing rigid requirements.

Executive Mosaic congratulates Gen. Lloyd Austin for his appointment as our nation“™s new defense secretary and for receiving the first Wash100 Award of his long military and federal career. 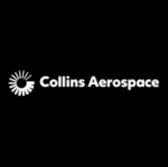 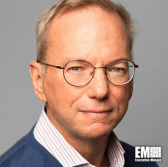