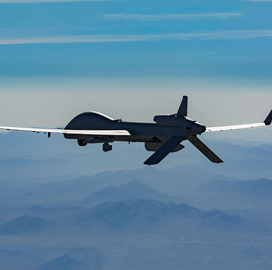 The Gray Eagle platform reached the milestone during March 16 flight operations conducted by the military branch and demonstrated a 90 percent mission capable rate for approximately 80 percent of its total flight time in service, the company said Wednesday.

The partnership has deployed more than 250 Gray Eagle vehicles to date, including the extended-range variant called GE-ER.

General Atomics designed GE-ER to operate up to 40 hours, accommodate more payloads than the legacy MQ-1C model the company launched in 2009 and support multidomain operations.

The San Diego-based defense contractor is working to integrate new sensors, air-launched effects and survivability features into the vehicle as part of an Army modernization project.

U.S. troops used Army IGNAT, an early variant of Gray Eagle, when they performed surveillance and reconnaissance missions in Iraq, according to the company. 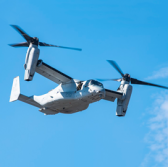