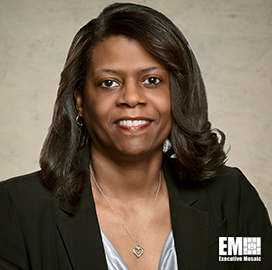 Matice Wright-Springer, former vice president of government and corporate responsibility at ManTech International, has returned to Booz Allen Hamilton as a partner and senior VP for the global defense group under its aerospace account.

She will be responsible for leading Booz Allen's work to help the Department of Defense develop a Combined Joint All-Domain Command and Control system, the company said Tuesday.

Wright-Springer initially worked at the McLean, Virginia-based government contractor from 2003 to 2010 as senior associate and defense consultant.

“I was drawn back to Booz Allen because I want to help solve some of the complex challenges that our customers face," she said. “I look forward to leading customer engagements and collaborating with others across the firm to help grow the business and provide smart solutions that protect our nation's security.“

Her more than three-decade career also includes time with General Dynamics, Lockheed Martin and L3Harris Technologies. She also served as a White House fellow at the Department of Treasury and an acquisition senior executive at DOD.