MemComputing has received a contract to develop a technology that would help the U.S. Space Force and Air force process satellite imagery for airborne target tracking.

The company said Thursday it will perform this work for Air Force Research Laboratory's Space Vehicles Directorate as part of a Small Business Innovation Research Phase II contract from AFWERX.

The directorate seeks a technology that would optimize the tracking and transmission of airborne moving target indications.

The Virtual MemComputing Machine will be used for a proof-of-concept development and for performance and accuracy demonstration. VMM's implementation is expected to help Space Force streamline processing between ground, cloud-based and on-orbit embedded computers.

A program manager involved in the effort said MemComputing's proposed technology has the potential to boost warfighters' responsiveness to time-sensitive scenarios.

“The processing, accuracy and dissemination of satellite imagery data is a critical process that the U.S. Air Force relies on for a range of combat operations,“ the manager said.

John Beane, CEO at MemComputing, said he envisions the company's technology to present in USSF satellites and USAF aircraft in the future. 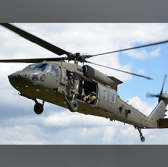 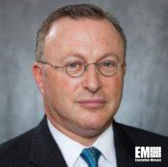