NASA has partnered with Jeff Bezos' Blue Origin to enable the space agency to use the latter's New Shepard suborbital vehicle for flights to study reduced gravity scenarios similar to the gravity on the moon. The new capability for lunar gravity testing is expected to be available in late 2022, the agency said Wednesday.

“A wide range of tools we need for the moon and Mars could benefit from testing in partial gravity, including technologies for in-situ resource utilization, regolith mining, and environmental control and life support systems,“ said Christopher Baker, program executive of NASA“™s Flight Opportunities program.

NASA will support upgrades to New Shepard that will allow the rocket to simulate lunar gravity during suborbital flights briefly. New Shepard has a reaction control system and is planned to create the simulated lunar gravity by spinning the vehicle crew capsule at a targeted rate of 11 rotations per minute. The maneuver is intended to make approximately one-sixth of Earth's gravity for over two minutes.

Previous microgravity experiments have been performed on the International Space Station, suborbital vehicles and traditional aircraft flying parabolic trajectories. However, it is difficult to conduct experiments in reduced gravity because aircraft can simulate lunar gravity for only half a minute.

NASA purchased around half of the payload on a series of Blue Origin flights and supported the vehicle's development capabilities as a part of a contract valued at $2.69 million, according to Clare Skelly, NASA spokesperson.

Blue Origin is one of a few companies that provide services to NASA“™s Flight Opportunities program. 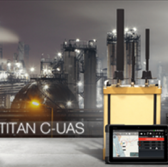 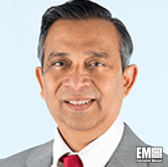