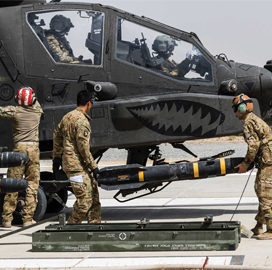 The State Department has approved the government of South Korea's request to procure 288 AGM-114R Hellfire missiles and spare parts as part of a proposed $36 million foreign military sales deal.

Lockheed Martin will serve as the prime contractor of the potential deal.

The government of South Korea intends to ensure interoperability with other Hellfire missile operators in the region and augment its response capabilities against current and future threats through the transaction.

Hellfire is a precision-strike and semi-active laser-guided missile built to support air-to-ground operations.