The Aerospace Industries Association, Commercial Spaceflight Federation and Satellite Industry Association have asked the Department of Commerce to continue to fund the Office of Space Commerce.

“Retaining staff in the Office of Space Commerce to continue to carry out its work until a new Director is named is critical to the success of our industry on a variety of fronts,“ the three industry groups wrote in a March 9 letter to Commerce Secretary Gina Raimondo.

AIA, CSF and SIA cited the office's role in supporting the space sector, including coordinating efforts to strengthen the space industrial base through grants to state-level space programs, promoting U.S.-made space technologies and helping efforts to establish a civilian space situational awareness team.

The three associations also underscored how the office serves as a “critical voice and bridge“ between federal agencies and industry to address terrestrial problems through the use of space platforms, such as supporting the deployment of carbon and climate monitoring tools and establishment of satellite communications companies providing broadband service.

“The Office of Space Commerce should receive funding reflective of its critical role in supporting the space sector as U.S. critical infrastructure,“ the industry groups wrote.

SpaceNews reported that the office of space commerce received $10 million in funds under the fiscal year 2021 appropriations measure and is led on an interim basis by Mark Paese, deputy assistant administrator for satellite and information services at the National Oceanic and Atmospheric Administration. 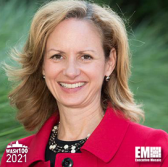