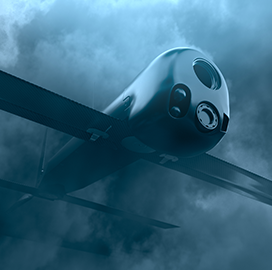 AeroVironment will supply additional tactical missile systems to the U.S. Army and a foreign military sales customer under a two-year, $45 million contract.

The exercised option is for the Switchblade 300 deployable loitering munitions, designed to engage targets beyond the line of sight, and the award is part of the potential $146 million Lethal Miniature Aerial Missile Systems contract announced in May 2020, AeroVironment said Tuesday.

Switchblade 300 vehicles can be launched from ground platforms, fit in a rucksack and fly at a cruise speed of up to 63 miles per hour to reach its target up to 6 miles away from a launch site.

The system is designed to generate data on GPS coordinates and process videos, AeroVironment noted.