Astrobotic has selected through a competitive acquisition process SpaceX’s Falcon Heavy rocket to launch its Griffin lunar lander in late 2023.

The lunar lander will be transporting NASA’s Volatiles Investigating Polar Exploration Rover as part of Griffin Mission 1 that is set to take off from a launch complex at Kennedy Space Center in Florida, Astrobotic said Tuesday.

Daniel Gillies, GM1 director at Astrobotic, said SpaceX has the vehicle, team and facilities to bring Astrobotic’s lunar lander to the moon.

In June, Astrobotic received a $199.5 million contract to send VIPER to the moon’s south pole as part of NASA’s Commercial Lunar Payload Services program. The rover will roam the lunar surface to look for water ice and gather data that could pave the way for the use of space-based resources.

“Gaining a better learning of resources on the Moon is critical to advancing humanity’s reach beyond Earth, and we are honored to support this exciting mission and NASA’s CLPS program,” said Stephanie Bednarek, senior director of commercial sales at SpaceX.

Qualification testing of the Griffin lunar lander is expected to conclude by the end of 2021. 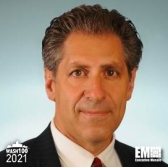