BAE will work with Elbit Systems of America to design a system for the Bradley replacement effort, the report noted.

The Army canceled the solicitation for the OMFV prototyping phase in January 2020, reopened the competition the following month and issued a final request for proposals for the concept design phase in December. 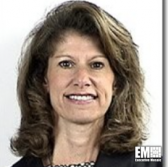