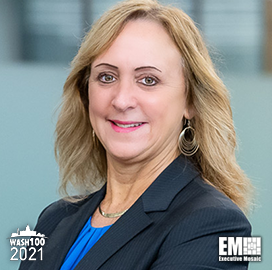 The company said Tuesday Smith, a 2021 Wash100 Award recipient, will succeed Chuck Harrington, who is retiring after 40 years with the company. Harrington will serve on the company’s board as executive chairman upon his retirement.

“Carey’s leadership, customer relationships, and proven performance at Parsons make her the natural choice to succeed me as CEO. The company is well-positioned for future profitable growth, and I have full confidence that Carey will continue to advance our success,” commented Harrington.

In 2016, Smith joined Parsons as president of the federal solutions business. She was promoted in 2018 to COO. In the role, she drove synergies within the company’s business segments, enhanced organic growth, led the acquisition and integration of four companies. She also helped take the company public in 2019.

James McGovern, lead independent director of the Parsons board, said, “The board has unanimously agreed that Carey Smith is the right person to lead Parsons into our next chapter. Her strategic vision, exceptional operational talent, focused leadership, and deep commitment to Parsons’ employees and customers are widely known, and position the company for continued success.”

Prior to joining Parsons, Smith held multiple leadership positions in the aerospace and defense industry. She was Honeywell’s president of the defense and space business unit. She also held several positions at Lockheed Martin, including vice president of technical services, VP of business development for the maritime systems and sensors business unit, and president and CEO of Lockheed’s Canadian operations.

“I’m honored to be chosen by the board as Parsons’ next chief executive. It’s a privilege to lead this exceptional, high-integrity company and to build on Chuck’s legacy. He has always put our customers’ missions and our employees’ and shareholders’ interests first, and I look forward to continuing to work with Chuck in his role as executive chairman, as well as the rest of the board and Parsons team,” said Smith.

“Most importantly, I’ll continue our commitment to our core values and to leading our highly engaged employees as they develop advanced technology solutions that deliver on our customers’ critical missions.”

Visit Wash100.com to cast a vote for Carey Smith as the most significant executive of consequence to the GovCon sector. Cast your TEN votes TODAY to advocate your favorite leaders in the federal and government sectors. The elite leader with the most votes by April 30 will be recognized by the GovCon community as the industry’s most influential member. 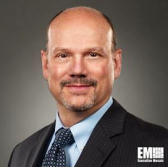 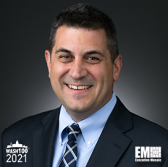