The Federal Communications Commission approved SpaceX’s request for modification of its license for its Starlink satellite constellation, SpaceNews reported Tuesday.

The modified license will allow SpaceX to move the operational altitude for its 2,814 satellites to the range of 540 to 570 kilometers, reduce the number of satellites in the constellation from 4,409 to 4,408 and change the minimum earth station elevation angle for gateway and user beams, according to an order and authorization released Tuesday.

SpaceX's more than 2,800 satellites were previously approved to operate at orbits of 1,100 to 1,300 kilometers.

“Our action will allow SpaceX to implement safety-focused changes to the deployment of its satellite constellation to deliver broadband service throughout the United States, including to those who live in areas underserved or unserved by terrestrial systems,” the commission said in the order.

FCC said SpaceX’s modified license will not create significant interference issues and that it will require the company to submit semiannual reports with regard to the number of satellites launched and disposal reliability.

SpaceX will also be required to operate its satellites at altitudes below 580 kilometers. 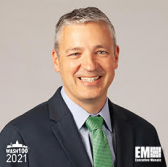