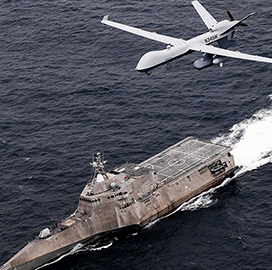 General Atomics' aeronautical systems unit took part in an exercise where U.S. Pacific Fleet demonstrated the integrated use of unmanned platforms with other manned naval systems.

MQ-9A Block 5 communicated with P-8 Poseidon and MH-60R Seahawk aircraft through the Automatic Identification System, and exchanged information through the Link 16 data link.

The UAS also exhibited anti-submarine warfare, having dropped a sonobuoy from high altitude during the exercise. The MQ-9's intelligence, surveillance and reconnaissance-centric role has been expanded to include ASW, as demonstrated in the event.

General Atomics brought MQ-9A Block 5 to the exercise as a surrogate for the MQ-9B SeaGuardian, which is designed for expeditionary missions in austere environments. 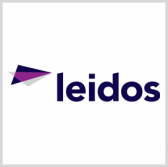 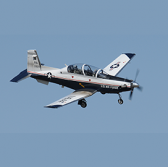