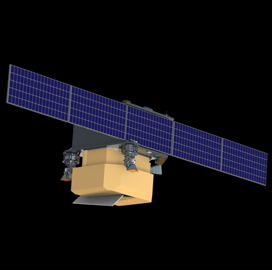 General Atomics' electromagnetic systems group has finished the initial design review of a system being developed with the U.S. Space Force in an effort to address military weather imagery requirements.

GA-EMS assembled an industry team composed of Parsons, EOVista and Atmospheric and Environmental Research to build the EWS prototype under a contract won through the Space Enterprise Consortium.

The EWS initiative will replace the Defense Meteorological Satellite Program, a series of low-Earth orbiting satellites that has provided environmental data to military personnel since its inception in the 1960s.

Scott Forney, president of GA-EMS, said the company aims to deliver a complete prototype to USSF next year as DSMP satellites move closer to the end of useful life. 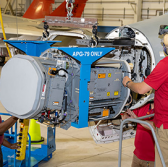