HII’s Hydroid subsidiary will provide Increment II hardware for the Mk 18 Mod 2 UUV as part of the indefinite-delivery/indefinite-quantity award, the Department of Defense said Tuesday.

The Naval Undersea Warfare Center Division Newport will obligate $2.1 million in fiscal 2021 Navy other procurement funds at the time of award.

Contract work will take place in Pocasset, Massachusetts, through April 2026.

Mk 18 Mod 2 Kingfish is a torpedo-type UUV based on Hydroid’s REMUS 600 autonomous underwater vehicle and is built to support sensors for localization, detection, identification and classification, according to the Autonomous Undersea Vehicle Applications Center.

HII concluded its acquisition of Hydroid for $350 million in March 2020.

If you're interested in the U.S. Navy then check out the Potomac Officers Club's upcoming 2021 Navy Forum on May 12. Click here to learn more. 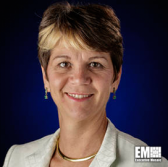 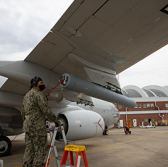