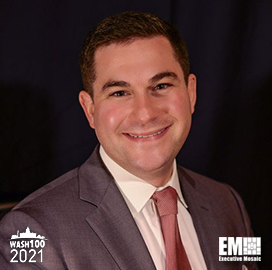 Executive Mosaic is pleased to introduce Joshua Marcuse, head of strategy and innovation for Google Cloud's global public sector business, as a recipient of the 2021 Wash100 Award for his leadership and efforts to advance digital transformation, tech capabilities and drive industry partnerships.

This marks Joshua Marcuse’s second consecutive Wash100 Award. Previously, he secured his first Wash100 Award in 2020 for his efforts to modernize software for the department and maintain the ethical guidelines to implement artificial intelligence and other emerging technologies.

Visit Wash100.com to cast a vote for Joshua Marcuse as the most significant executive of consequence to the GovCon sector. Cast your TEN votes TODAY to advocate your favorite leaders in the federal and government sectors. The elite leader with the most votes by April 30th will be recognized by the GovCon community as the industry's most influential member.

Marcuse assumed his current role in Mar. 2020 after spending more than three years as executive director of the Defense Innovation Board (DIB). At Google's cloud segment, Marcuse is responsible for leading a digital transformation team that works to drive development in public-sector matters including cyber defense, smart cities and public health.

Marcuse has previously emphasized the need for tech talent to support defense missions. Speaking at the National Defense Industrial Association-hosted Space Warfighting Industry Forum in September, Marcuse said that personnel's capacity to rapidly manage data and deliver software will enable the U.S. Space Force to have an edge over adversaries.

He noted that it is important for space generals to understand “how the network impacts the entire mission.“

Google Cloud will provide the framework for the Apple/Google Exposure Notifications System to support data sharing across health institutions and the public health community.

In October, Google Cloud landed an enterprise agreement with the Department of Energy (DOE) to provide the company's workspace productivity tools as well as its Google Cloud Platform (GCP) to support research efforts under the department and its 17 national laboratories.

The five-year opportunity will allow Department of Energy (DOE) researchers to use GCP for handling machine learning workloads needed for a variety of topic areas from COVID-19 to renewable energy.

Later in 2020, Google Cloud partnered with Deloitte to integrate their technologies to help address the mission requirements of public sector customers. The two companies partnered to develop a zero trust-based approach to remote access to ensure the security of cloud migration activities while securing sensitive data and providing network visibility.

Deloitte and Google Cloud also launched an effort to build a modular system for storing large volumes of data to support biomedical research initiatives under the National Institutes of Health (NIH) and its partners in the community.

Google Cloud's support for medical efforts amid the pandemic extends beyond the public sector to include defense and federal clients. The Defense Innovation Unit (DIU) tapped Google Cloud in September to help develop an AI-based digital pathology prototype for use at DOD facilities.

The Google Cloud health care application programming interface will be used to ingest data and ensure the privacy of patient data.

The agreement comes as part of efforts to support cancer research and prevent misdiagnosis. Initial rollouts were scheduled for health facilities under the Department of Veterans Affairs (VA) and the Defense Health Agency (DHA) ahead of expanding deployment across the Military Health System (MHS).

Beyond health research, Google Cloud also provided its cloud infrastructure to help gain astronomical insights and obtain data from outer space. In December, Google and the Vera C. Rubin Observatory partnered to use the company's cloud environment to host 500 petabytes of data for the Rubin Science Platform.

Google's cloud will serve as an interim repository of initial data gathered by the National Science Foundation-managed (NSF) observatory for the Legacy Survey of Space and Time (LSST) project, which seeks to record space observations throughout a 10-year period. The LSST telescope is slated to begin operations by 2023. 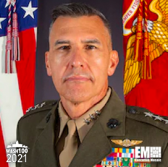