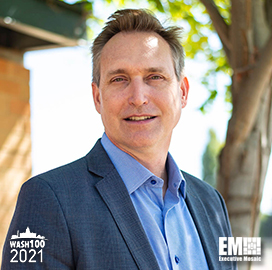 Executive Mosaic is honored to introduce Mike Madsen, deputy director and director of strategic engagement at the Defense Innovation Unit (DIU), as a recipient into the 2021 Wash100 Award for his leadership, innovation and success to drive commercial technology and partnerships to advance IT capabilities for both sectors. This marks the first Wash100 Award for Madsen.

Maden is a retired U.S. Air Force colonel who joined DIU, then Defense Innovation Unit Experimental, in 2018 to serve as head of operations in Washington, D.C.

“I think DIUx has been so focused on building that relationship with Silicon Valley tech companies, which has been critical, but what they’ve missed is telling the story, especially the return-on-investment story, to the Hill and inside the building,” Madsen told Defense News in an interview.

Madsen said in an interview last year that DIU is teaming up with new commercial companies and accelerating the development of technology platforms for warfighters through the use of other transaction authority agreements authorized by Ellen Lord, former acquisition chief at the Department of Defense and a four-time Wash100 awardee.

“She delegated that authority so that we could award our own OTA contracts, which is a pretty big deal to continue moving fast,” Madsen said of Lord’s move.

“Those are the areas that we see undergoing the greatest rate of change in the commercial sector. We think they also best represent the defense mission set,” Madsen said. “But we’re not just sitting back static on those.”

He said DIU understands the accelerated business cycles of the commercial sector.

“We want to move at commercial speeds … and look like a commercial entity to those tech companies,” Madsen said. “Then we put that problem [statement] out to the commercial sector and work with them for proposals and look to award a prototype contract as quickly as we can.”

“What we’ve represented is a lowering of those barriers to entry, making it easier for those leading-edge technology companies to get their technology to the men and women in uniform,” he added.

Madsen appeared on Government Matters in January of this year to discuss the milestones and lessons learned in the first five years of DIU.

He said DIU “remained focused on working across the joint force to accelerate commercial technology and methodologies into the Department of Defense at the speed of relevance.”

Madsen noted that the unit has been able to scale technologies and methodologies across DOD. Some of those include efforts to prototype industry best practices for software development, which the Air Force adopted and developed into what is now known as Kessel Run, and scale artificial intelligence-enabled predictive maintenance across multiple defense platforms and services under a $100 million production contract.

DIU has currently 35 projects in the works and seven of those are priority projects that seek to transform the department’s capability and capacity. He said the unit also scaled its Commercial Solutions Opening process and OTAs to help other defense organizations with their rapid acquisitions.

Madsen said the unit also looked at its transition rate and initiated steps to improve it, such as establishing commercial and defense engagement teams to facilitate collaboration with vendors and defense partners to help advance projects from prototype to transition.

When asked about the current transition rate, he said DIU is now around 45 percent, up from 35 percent when it started, with a goal of achieving 50 percent or more in the near future.

Madsen also noted that DIU intends to continue to build the “connective tissue” of the triad of government, academia and the commercial tech sector to further advance innovation.

Prior to joining DIU, Madsen served as executive director for the Section 809 Congressional Advisory Panel on Streamlining Acquisition.

Do you have two minutes to vote for your favorite executives in the GovCon sector?

Visit Wash100.com to cast a vote for your ten favorite executives across the government, federal and GovCon sectors. Each vote is an act of support for the executives in the GovCon space that deserve to be recognized for their leadership, reliability, innovation thinking, vision and success for their companies and the collective goal to drive the GovCon sector forward together.

Cast your TEN votes now before April 30th to ensure your votes are counted in time.

Executive Mosaic congratulates Mike Madsen for his 2021 Wash100 Award. His vision as well as his drive for innovation in the federal and commercial sectors demonstrates the impact that he has on the tech landscape and the level of excellence he’s achieved to earn a Wash100 Award. 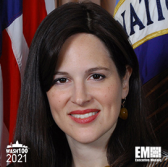 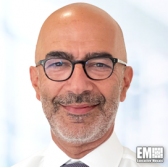