NASA said Friday Falcon 9 lifted off from Launch Complex 39A at the Kennedy Space Center in Florida, marking the start of the second commercial crew rotation mission on the space station.

SpaceX will use its Hawthorne, California-based mission control center to operate the Crew Dragon spacecraft during its flight, while NASA will observe ISS activities from its Johnson Space Center in Houston, Texas.

The spacecraft's docking to the Harmony module of the space station is expected to happen early Saturday.

After completing science and maintenance activities aboard the orbiting microgravity laboratory, the Crew-2 members will return on Oct. 31 or later.

The most recent mission is part of NASA's Commercial Crew Program that focuses on partnership with American private industry to provide flights to and from ISS. The space agency and SpaceX are teaming up to launch four more crewed missions after the Crew-2. 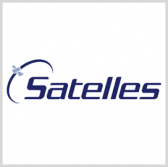 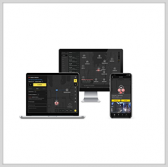