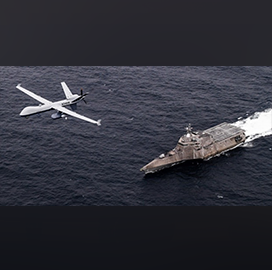 The U.S. Pacific Fleet put Leidos’ Sea Hunter and Seahawk vessels into operational scenarios during the IBP21 event held in San Diego to demonstrate real-world teaming between uncrewed and manned platforms that are designed for aerial, surface and underwater missions, the Navy said Thursday.

“As our potential adversaries go all-in on unmanned platforms, we must and will maintain a dominant force that can meet and defeat any challenge,” said Rear Adm. Lorin Selby, chief of naval research.

Jason Stack, technical director and autonomy lead at ONR, noted that the service aims to integrate autonomous and intelligent technologies that are part of Pacific Fleet testing efforts and ensure responsible operation of machines.

The IBP21 drill took place one month after the Department of the Navy outlined its plan to increase naval force survivability, lethality and scalability in the Unmanned Campaign Framework.

DON aims to build digital infrastructures and incentivize system development projects as part of its roadmap to drive manned-unmanned coordination in naval and joint operations.

Leidos delivered the Seahawk MDUSV to the Navy earlier this month, as part of a $35.5 million contract ONR awarded in December 2017.

If you’re interested in Navy initiatives, check out the Potomac Officers Club’s 2021 Navy Forum coming up on May 12. Click here to learn more. 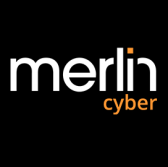 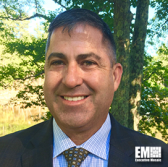