QinetiQ Inc. has been awarded a design-phase contract from Hypersat for the next generation hyperspectral satellites.

The award will help Hypersat actualize its plans to launch six low Earth orbit satellites capable of producing better information about the material properties on Earth than any satellite currently in orbit, QinetiQ said Wednesday.

The contract requires QinetiQ to lead a team of specialist engineering and technology organizations, including Redwire, Millennium Engineering and Integration and Brandywine Photonics. Virgin Orbit will be the launch provider.

“The partnership with QinetiQ and Virgin Orbit ensures our satellites are on a path to orbit with the most capable team possible. We look forward to redefining earth observation with an unparalleled hyperspectral and longwave capability,’ commented Derek Woods, founder, president and CEO of Hypersat.

The satellites are planned to have enhanced resolution by incorporating hyperspectral imaging. The said approach can capture and process an image pixel by pixel at wavelengths across the whole reflective spectrum from visible light to longwave infrared.

The first satellite is scheduled to be launched in early 2023. It will have 500 spectral bands across the visible to shortwave infrared region and a ground sample distance of 6m, nearly twice that available from current LEO satellites.

“Virgin Orbit is making good on our promise to unleash the small satellite revolution. QinetiQ’s team embodies the bold energy of this new era of space. It’s extremely exciting to join with our partners to deploy new capabilities and new ideas that will shape our world,” said Dan Hart, CEO of Virgin Orbit. 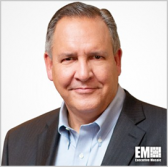 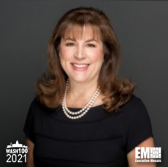