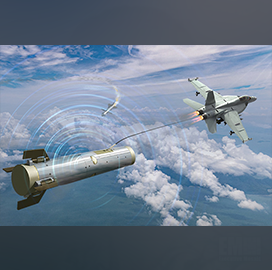 A Raytheon Technologies business is developing a next generation decoy technology to provide F/A-18 Super Hornet aircraft with added protection against enemy missiles.

Raytheon Intelligence and Space has designed the Dual-Band Decoy to attract hostile missiles by sending out signals that cover a wider range of bands in the electromagnetic spectrum, the company said Wednesday.

The new decoy system is also meant to identify more threats and engage them at farther ranges.

The Dual-Band Decoy is fitted with enhanced aerodynamics and features for drawing missiles away, according to Paul Rhonemus, program area chief engineer for emerging programs at Raytheon I&S.

The technology can also operate autonomously in response to an onboard threat detection sensor.

Raytheon built the new decoy on the existing ALE-50 that has been used for missions across different domains.

The company received a U.S. Navy contract in 2019 for the development and demonstration of the next generation decoy. 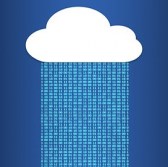