Anduril Industries plans a new round of financing that would value the defense technology startup at approximately $4 billion to $5 billion, The Information reported Monday.

The Irvine, California-based startup is likely to use the proceeds to further expand development work on drones and other military equipment. The publication cited sources that say the new round is expected to raise funds higher than $200 million and be led by existing investors.

In July 2020, Anduril raised $200 million in an Andreessen Horowitz-led investment round, giving the company a valuation of $1.9 billion.

Founded in 2017, Anduril provides artificial intelligence-based technology for the U.S. military and allies. It has expanded development work into reconnaissance drones like Ghost 4 and has booked contracts with the Customs and Border Protection for its AI-based hardware.

If you're interested in the federal government's data-related efforts then check out GovCon Wire's Data Innovation Forum coming up on June 15. Click here to learn more. 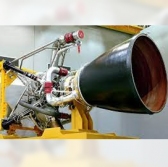 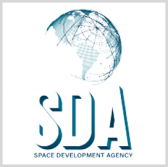