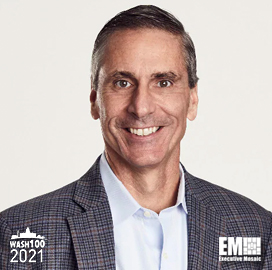 Executive Mosaic is thrilled to announce that Jay Bellissimo,  chief operating officer for Vonage, has been named a recipient of the 2021 Wash100 Award for his leadership and success driving company growth and advancing innovation in cloud communications and other key technologies.

This marks the first time that Bellissimo has received the government contracting (GovCon) sector’s most prestigious award. With more than thirty years of experience in the technology sector, Bellissimo is recognized as a significant thought leader in business transformation as well as strategy and has a wealth of knowledge in the transformation of AI, cloud and other emerging technologies.

Previously, he held a variety of critical positions with IBM for over 18 years. Most recently, Bellissimo served as a general manager and led the company’s federal business and government industries sectors until Jan. 2021.

Vonage, a global leader in cloud communications helping businesses accelerate their digital transformation, announced in Jan. 2021 that Bellissimo had joined the company as its chief operating officer.

“Vonage is uniquely positioned to address the seismic shift businesses have experienced in their need for digital transformation and the ability to use technology to connect in new and groundbreaking ways,” Bellissimo said.

In his new role with the company, Bellissimo is responsible for leading Vonage’s sales and operations globally, including go-to-market strategy and execution across its portfolio of products. With his team, his focus will be on driving market share, revenue growth and expanding partnerships along with the company’s position in cloud communications.

“There is a tremendous opportunity to leverage the robust Vonage portfolio with emerging cloud technologies and continued innovation to deliver the kind of customer experience that is changing the world,” he added. “This is an exciting time for the company. I am thrilled to join the team and to be a part of Vonage’s next era of growth.”

During his tenure with IBM, Bellissimo was instrumental in the company earning a Phase 1 Other Transactions Agreement (OTA) in Dec. 2020 under the Rapid Assured Microelectronics Prototypes (RAMP) Advanced Commercial Capabilities Project.

“The semiconductor industry is critical for our nation’s security, technology leadership and economic growth,” said Bellissimo. “IBM is proud to be one of Department of Defense’s (DoD) suppliers in this critically important mission and put our cutting-edge technologies and expertise in service of the defense community.”

In addition, he was also crucial in securing the company a spot on a Department of Agriculture (USDA) Farm Production and Conservation (FPAC) Mission Area blanket purchase agreement (BPA) worth a potential $620 million over the coming five years.

“Technology has incredible potential to transform the way governments serve citizens and accomplish critical missions. IBM is proud to have the opportunity to work with the USDA to help achieve higher levels of digital modernization,” emphasized Bellissimo.

Executive Mosaic would like to congratulate Vonage’s Jay Bellissimo for earning the Wash100 Award for the first time. His significant contributions to the federal sector through IBM and in the future with Vonage will only add to his importance in the GovCon and federal industries. 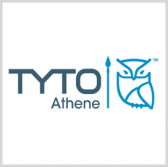 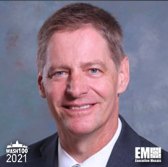