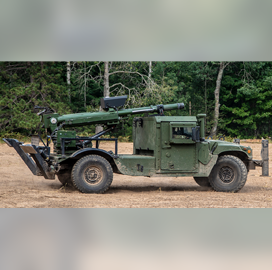 AM General and Mandus Group will collaborate to integrate a “soft recoil” mobile howitzer system on two high-mobility multipurpose wheeled vehicles under a firm-fixed-price contract from the U.S. Army.

The military service intends to put the Humvee 2-CT Hawkeye howitzers through a characterization test over the next year, AM General said Tuesday.

The 14,100-pound, two-door vehicle will feature an antilock braking system and an engine with 205 horsepower.

AM General said an SRT scalability test is underway and the partnership looks to equip other combat systems with the technology. 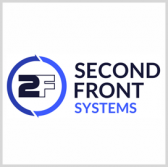 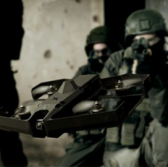