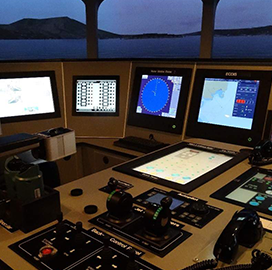 A joint venture between CAE’s U.S. subsidiary and Pinnacle Solutions has received a delivery order to update a suite of systems used to train U.S. Army personnel in military watercraft operations.

The JV will also install General Dynamics-made VirtualShip software into MITS, as well as modernize a scenario generator platform and instructor and after-action review terminals.

Ray Duquette, president and general manager of CAE USA, said the project represents new work for the partnership and expands the company’s work in the surface ship training area.

CAE and Pinnacle formed their venture under a mentor-protege program run by the Small Business Administration.